Each year thousands of children are born with cleft lip and cleft palette anomalies. During the past eight years District 5300’s clubs and individuals generously raised the necessary funds for five medical missions: two to Retalhuleu, Guatemala; one to Monrovia, Liberia; and one to Lima Peru; and one to Arusha, Tanzania. 26 district Rotarians have volunteered their time to support the medical staff on these two week missions.  Because of their efforts, individual contributions, and our clubs’ financial support, over 400 medical procedures have been performed during our sponsored missions. We have changed lives.

Receiving overwhelming positive input at the last year’s district assembly, the District Rotaplast Committee and the governors chain have decided to co-sponsor a sixth Rotaplast mission. We will send a team to Agra, India where there is a significant need related to cleft lip and palate surgeries and burn scars surgical repairs. The mission will take place on February 23 – March 8, 2020.

We will partner with the Rotary Club of Agra Tajmahal which will provide the in-country support, publicize the mission in the surrounding communities, search out and find patients, and work side-by-side with our team. A full team typically consists of 22 medical and 10 non-medical volunteers. The committee will recommend 5 non-medical Rotary volunteers from our district as participants. Volunteers from past missions are available to present club programs.

We seek your support for this district-sponsored mission. We have been fortunate to be the recipients of funds from the Welles’ Family Foundation. These funds will provide seed money for this mission as well as at least two subsequent missions in the future. Our goal this year is to raise $30,000 from Rotary clubs, Interact/Rotaract clubs and individual Rotarians and friends. We request that each club consider a contribution to this cause.

Donation and volunteer application forms are on the district webpage https://district5300.org/service/international-service/rotaplast/ . Contributions should be made payable to “Rotary District 5300 Foundation” with “Rotary Cleft Lip Project” clearly written on the memo line and then sent to Rotary International  District 5300, 10624 S. Eastern Ave., Ste A-16, Henderson, NV 890542. In order to upfront the expenses of the mission, we appreciate contributions be made by January 15; but we can be flexible.

Rotaplast International is a 501(c)(3) non-profit, humanitarian organization founded in 1992 as a world community service project of the Rotary Club of San Francisco by two Rotarians Dr. Angelo Capozzi and Peter Lagarias. Rotaplast is committed to changing lives through reconstructive surgery, and since that date has performed over 20,360 surgeries in 26 countries around the world, averaging a dozen missions a year. It has received a 4 Star Rating (the highest) by Charity Navigator.

In February 2020 District 5300 will co-sponsor a medical surgical mission to Agra, India. The two week mission will provide cleft lip and palate surgeries to children at no charge. We have taken on this humanitarian cause in cooperation with Rotaplast International, a non-profit organization which was started by Rotarians and the Rotary Club of San Francisco 27 years ago. Today Rotaplast organizes 12 or more missions a year to developing countries throughout the world.

A team typically consists of 32 members, 22 medical volunteers and 10 non-medical volunteer support staff. Because of our funding level commitment, District 5300 has been allocated five slots for non-medical volunteers to join the Agra team. Because of other district cancellations, in January we were allocated an additional slot which has been filled by Mark Mariscal of the Altadena Rotary Club. Also it is a pleasure to announce that Rotaplast reached out to a former District 5300 Rotarian and seasoned Rotaplast volunteer, Mary Ann Avnet. She will be part of the team and will fulfil the role of recordkeeper.  (She was a member of the Las Vegas Rotary Club before moving to New Jersey.)   Applications for these positions were due in by November 15, 2019. The following individuals have been selected by the District Rotaplast Committee to represent District 5300 on this mission

The Highlighter and Quicknotes 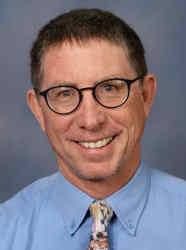 The mission is funded by contributions from clubs and individuals. As of this writing we still need to raise $14,500. Club programs may be arranged by contacting either Roger Schulte (California) or Robin Smith (Nevada.)