About the Peace Conference

In celebration of the Dia de los Reyes Magos or Epiphany on January 6th, Rotarian Joe Vara visited "Jahve JireH", which means "God Will Provide", an orphanage outside of Mexicali to deliver gifts, food, toiletries and cleaning supplies. Food included 150 lbs of beans,...

END_OF_DOCUMENT_TOKEN_TO_BE_REPLACED

On Monday, December 21, Rotarian Joe Vara of the Rotary Club of East Los Angeles traveled to Ensenada, Mexico to deliver $500 to Casa Gabriel Orphanage for severely disabled children. The funds were used to repair and paint the drywall of the kitchen ceiling. Cement...

END_OF_DOCUMENT_TOKEN_TO_BE_REPLACED

I completed my first of three terms at Oxford, where I am completing a master’s in Socio-Legal Research. My studies focus on how nonlawyers can help litigants unable to afford attorneys resolve their legal matters. My research falls under Rotary’s “Peace and Conflict...

END_OF_DOCUMENT_TOKEN_TO_BE_REPLACED

Amid the COVID-19 pandemic, Rotary’s 10 clubs in Las Vegas and North Las Vegas partnered with Delivering with Dignity to mobilize both dollars and volunteers for Rotary Food Heroes Day on Tuesday, Sept. 15 when delivered nearly 1,300 fully prepared meals to needy,...

Greg grew up in Southern Illinois and met his wife, Brenda, in high school. Both graduated from the University of Illinois with Greg earning a BS in accountancy and Brenda a BS in elementary education. They moved to Southern California in 1985 and to Pasadena in 1991.

Greg was a partner in a national accounting firm for 29 years. Along the way he earned an MS in taxation and an MS in financial planning. In 2010 he started his own CPA and Wealth Management practices in Pasadena.  Greg is a CPA, CFP, CLU (Certified Life Underwriter), PFS (Personal Financial Specialist) and ChFC (Charter Financial Consultant). Brenda is a librarian at Glendale Community College where she just finished her 26th year; she has an MS in library science and an MA in theology.

READ MORE about the Governor

March 7th, 2021 `Hello everyone! I hope you are staying safe and healthy. I wanted to give you an update on my experience thus far in my graduate program and experience as a Global Grant Scholar. When I first arrived in Israel for this master’s program, I was very...

END_OF_DOCUMENT_TOKEN_TO_BE_REPLACED

Michael Soden has been named District Governor Nominee-Elect and will serve as District Governor during the 2023-24 Rotary year. Michael first joined Rotary in 2003 and is currently a member of the Rotary Club of Green Valley, Henderson Nevada, He is a two time...

END_OF_DOCUMENT_TOKEN_TO_BE_REPLACED

This was not just any street corner. This was in front of Cameron Elementary School in West Covina. You know the place. The school with the really nice principal Mrs.Fullerton.

These guys were handing out bags that had been made by the other volunteers. Bags for the children to carry their books home. I know what you are thinkin. Bags, what bags, they don’t need no stinkin bags. The story is a bit more complicated.

In March of 2020 the students were told that school was closed. Indefinitely. No chance of going back to school to pick up your books. We will now all be learning from our computers.

We have discovered there is a plague. No one in the world is safe. This is not an excise. Shut down is the new normal.

So in May the children and their guardians/parents were allowed to drive by the school and pick up their books. A lot of books. Better if you do not get out of the car. Put the books in the bags and hand it to someone in the car. By the way, these two guys were taking a big risk.

There is no vaccine, no cure, no nothin. But they got a big heart so they do it.

Our church wants to help the children as part of our community outreach program. What can we do?

The response was that we have a strong need for tutoring. A meeting was set up with Mr. Flowers, Charles Hinmam Ed.D, the
school superintendent, Pastor Wenell, Sy Troung (the younger guy and a biology professor at Cal Poly) and an old guy, Bob, (that’s me), a church member and past Asst District Governor for Rotary District 5300.

The school district needs one on one in person tuturing. The goal is to uplift the students, provide social and academic interaction , help them with their homework and provide them with encouragement. It was agreed that sessions will be held on Monday and Wednesday afternoons and Wednesday evening. The tutors are recruited. Many of them are former teachers. Vicky Abbott, a local Rotarian and former math teacher, was one of the tutors.

The school selected the students based on iReady assessments. Students with low pass rates were assigned for tutoring. The focus was on 3rd , 4th and 5th graders.

The sessions would be held on the outside patio of the church. CDC guidelines were followed. Release forms were signed. The children came. They were so much fun to work with. Smiles,
giggles and scratching their heads at new concepts. The parents were so appreciative.

The pilot program starting in September lasted for six weeks. A second session was set up starting in January 2021. Most of the students came again. They were joined by others. By the end of the second session a few of the volunteers had received the vaccine. Yet the pandemic is still raging.

Bob the old guy had been communicating this tutoring idea to District 5300 Governor Nominee Roger Gutierrez. He jumped in with both feet. He came to the tutoring training session, and donated money to help with the program.

He suggested the formation of a Rotary Club.

Stop the presses. Why form a Rotary club? Thus the plot thickens.

A caused based Rotary Club will allow for exposure of this program to our entire Rotary District. It could even be a model for other Rotary Clubs. This club can do fundraisers, recruit members that want to serve the community by tutoring the children, even apply for grants.

On 3 March 2021 the West Covina Tutorial Cause Based, California, USA club received its charter from Rotary International. Principal Fullerton of Cameron Elementary school is one of the chartered members. Rotary, the church and the school are now all holding hands to help our
children in need. A typical Rotary story.

Sounds like they WERE ROTARIANS, they just didn't know it yet.

A powerful story! Thanks for sharing.

This is absolutely beautiful! I’m not surprised because that’s what a true Rotarian heart is about but I’m definitely impressed!!! Love this!!! ❤️✨🙏🏻

A heartwarming story of Glendora Rotary’s Past President Gordon Norman and the challenges he has endured this past year with Covid19 and his wife’s Alzheimer’s disease. Sending love to you both from all of us in District 5300 and wishes for your reunion soon! 💙💙 ... See MoreSee Less

Separated by Alzheimer’s and COVID, this husband hopes he can be reunited with his wife

Prayers for you and your beautiful bride Gordon Norman! ❤️

The Five Avenues of Service

Vocational Service calls on every Rotarian to work with integrity and contribute their expertise to the problems and needs of society. Learn more in An Introduction to Vocational Service and the Code of Conduct.

Community Service encourages every Rotarian to find ways to improve the quality of life for people in their communities and to serve the public interest. Learn more in Communities in Action: A Guide to Effective Projects and this Community Service presentation (PPT). 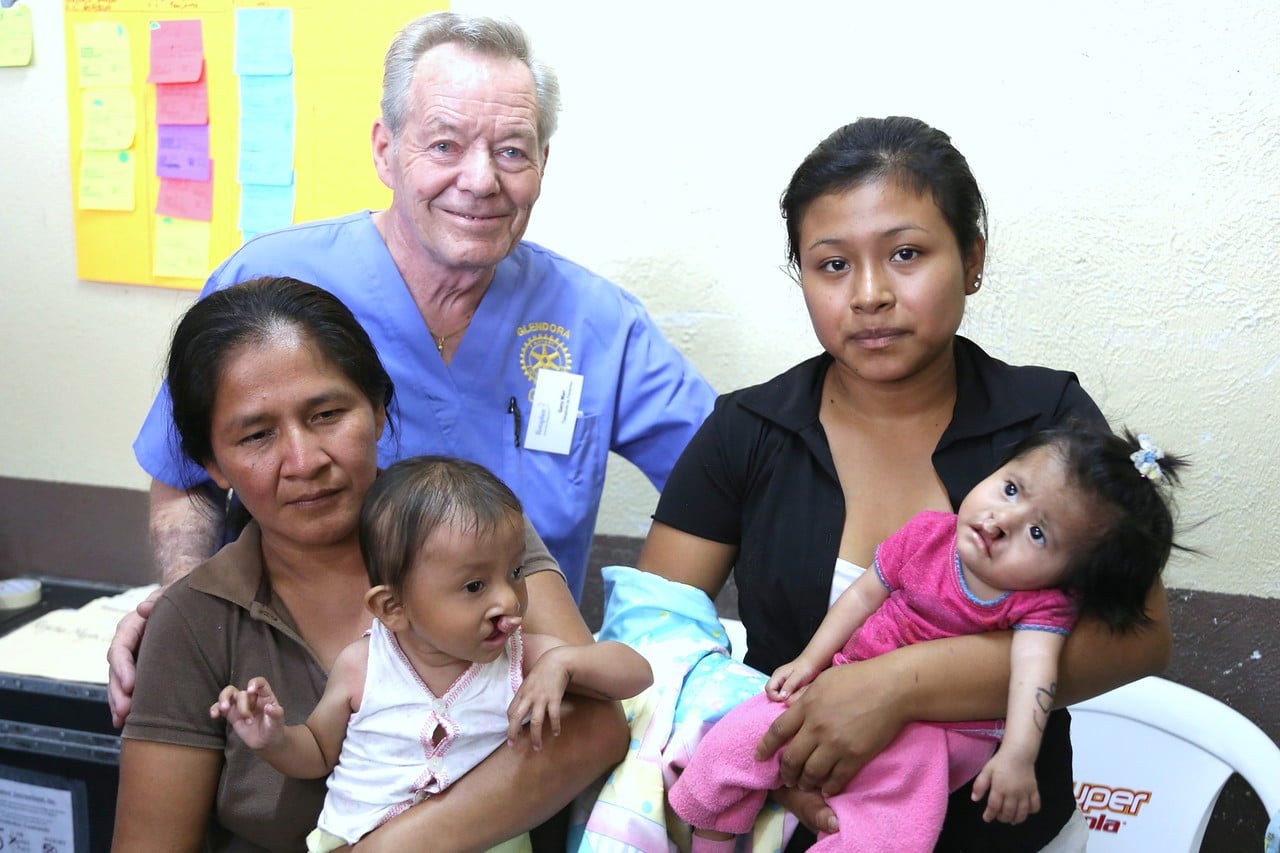 International Service exemplifies our global reach in promoting peace and understanding. We support this service avenue by sponsoring or volunteering on international projects, seeking partners abroad, and more.